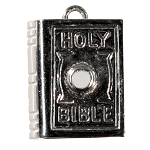 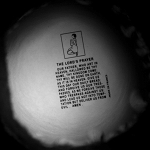 Our SMW Collectibles.........Quality & Value for a Lifetime

ACT NOW...We only have a few of our 2016 POLITICAL PIGS left in stock!
Also known as Learned Pigs, they are the fastest appreciating political collectable made today. Just as Punxsutawney Phil predicts the coming of spring each year, Stanhope MicroWorks "Learned Pigs" predict who will become the next US President! To find out the pig's prediction, simply peep into the pig's rear end to see the crystal clear image of "Our Next President". The candidates photo is not at all flattering and these political pigs might be better classified as "anti-political".
This election year's pigs are engraved '2016' to commemorate this years presidential race between "Washington Insider" Hillary Clinton & "Business and Real Estate Mogul" Donald Trump. The pigs are a great gift item for just about anybody and a must for collectors. Stanhope Pigs make a wonderful addition to key rings, charm bracelets, necklaces and fobs for cell phones & pocket-watches. Beautifully polished rich 24k gold plated finish.

Don't wait, collect them both! These pigs are sure to become sought after collectors items as they are made in very limited quantities.

HISTORY FACT: Did you know the political pigs were common during 1872 through 1912 for both Repulican and Democratic presidential nominees. Often times the pigs were referred to as 'learned' pigs, since all one had to do was peep inside the pig's rear end to see the pig's predicted presidential winner. These early political pigs are now highly sought after by collectors and most often fetch prices from $300 to $1,000 per pig depending on the image. They ceased to exist after McKinley and were not again made until 2008.

Each of the images used for our Authentic Civil War Stanhope Bullets has been meticulously exposed and developed from 1st generation photos taken of the original Brady & Gardner glass plates. This highly collectable series is Limited to ONLY 500 pieces per image and each one is individually numbered packaged. Since their introduction, our Stanhope bullets have become one of the most sought after items in the world of Military Collecting. We have seen them commanding prices of over $850 each for individual examples.